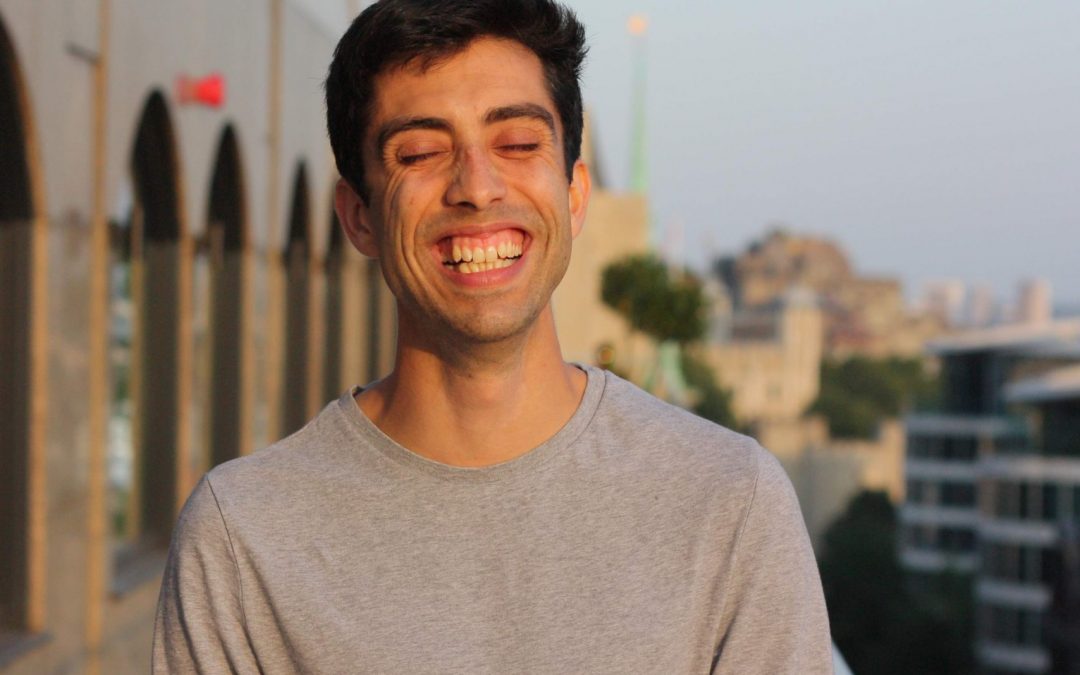 Dom is a co-founder and direcor of Deep Science Ventures, an applied science firm that has built 30 companies from scratch in the last 4 years. Over the course of his career so far, Dom has helped start over 200 deeptech companies, and interviewed more than 1500 potential scientific founders. Dom started his career running Imperial College London’s flagship science startup programme, building a community of 3000 biologists chemists, medics and other technical founders and supporting them to start companies. He has a particular focus on climate and the energy transition, and has focused for the last two years on reducing and remediating emissions from the energy and agriculture sectors.

Focus of your role:

What do you see as the biggest opportunities and challenges for future and emerging tech (5-20 years)?

Stubborn trends, of which our climate crisis is one, and the increasing burden of neurodegeneration and antimicrobial resistance are others, exist at the intersection of multiple inter-reinforcing trends, and represent exponential runaway potential.

These kinds of emergent crises represent the highest cost of all to business as usual because they occur in industries that are extremely path dependent; so called ‘complex, embedded legacy sectors’, such as energy, agriculture, pharmaceuticals. Because it is so difficult to innovate sustainably in these sectors, the golden bullet solutions that we sense in the pipeline are more ephemeral than ebullient techno-optimistic headlines suggest.

The main obstacle we face as a society is a systemic misunderstanding as to the most productive way to solve these problems. We have suffered from decades of mislabelling of our innovation pipelines, from research to impact.

Most people believe that the impact of science is primarily realised when universities commercialise their research, and investors back these academic innovations. Yet, in reality, only 30% of deeptech companies are spinouts. Moreover, when VCs do back university spinouts, they tend to fail more often than we’d suspect, but due to reasons that we could surely have predicted. In the pharmaceutical sector, 86% or ~$80bn of biotech deal milestones are never met. Just 9% of venture backed drugs make it to approval. Take Alzheimer’s as a specific example. “One in 200 Alzheimer’s drugs completes testing successfully. Pharmaceutical companies are studying more than 20 times as many drugs for cancer than for Alzheimer’s, even though the societal costs of each disease are about the same.” In climate, from 2000-11, VCs lost half of the $25bn invested into cleantech and less than 10% of cleantech companies funded post 2007 returned initial capital.

One of the most striking phenomena, common to almost every science policy agenda in the world, is the bias towards domestic inventions. And yet, as Tera Allas stated in her international benchmarking report (all the way back in 2014) “the UK only represents 3.2% of the world’s R&D expenditure and …some 80-90% of innovation in advanced economies is based on technology transfer from foreign countries, a key priority for the UK is to increase its ability to exploit cutting-edge global research”. It is a priority not just for the UK, but for all countries.

From our perspective, sitting at the earliest stage of the pipeline, the main challenges are: talent, knowledge and capital.

We need to rebuild our knowledge infrastructure so that what we know compounds in value, rather than disintegrating into opaque silos.

And we need to design systems of capital allocation that look past how many grants your lab has already secured or how many letters follow your name and instead focus on the quality, impact-potential and evidence behind your thinking.

If we can work together to successfully pioneer these systems here, in Europe, they will form the basis of the most wellbeing-aligned, sustainable economic growth conceivable.

What’s the one priority for joint action you would like to take forward?

The creation of international ‘venture science doctorates’, PhD programmes designed to change what it means to be a scientist, to take on the hardest problems and build high impact companies that solve them sustainably, with solutions that grow as exponentially as the problems they’re combatting.

← Previous Next →
We use cookies on our website to give you the most relevant experience by remembering your preferences and repeat visits. By clicking “Accept”, you consent to the use of ALL the cookies.
Cookie settingsACCEPT
Manage consent

This website uses cookies to improve your experience while you navigate through the website. Out of these, the cookies that are categorized as necessary are stored on your browser as they are essential for the working of basic functionalities of the website. We also use third-party cookies that help us analyze and understand how you use this website. These cookies will be stored in your browser only with your consent. You also have the option to opt-out of these cookies. But opting out of some of these cookies may affect your browsing experience.
Necessary Always Enabled
Necessary cookies are absolutely essential for the website to function properly. This category only includes cookies that ensures basic functionalities and security features of the website. These cookies do not store any personal information.
Non-necessary
Any cookies that may not be particularly necessary for the website to function and is used specifically to collect user personal data via analytics, ads, other embedded contents are termed as non-necessary cookies. It is mandatory to procure user consent prior to running these cookies on your website.
SAVE & ACCEPT